Splendid views of the Tomonoura bay and surroundings

Most people visiting Tomonoura recognize it for its appearance in popular movies like Hayao Miyazaki's animation classic Ponyo on the Cliff by the Sea or James Mangold's The Wolverine action flick. Others head to Fukuzenji Temple to take in the 'most scenic view in East Asia' as proclaimed by a visiting Korean envoy back in the 1700's, or sit themselves around the semi-circular shaped bay and record the view in pencil and paint.

For a scenic bird's eye view of Tomonoura that is much less crowded, head west towards the inland area to Ioji Temple. Perched on the steep hill side, you have to brave a bit of a slope to reach this temple, but it is worth the short climb as it offers unblocked views of the Tomonoura bay area and the surrounding islands Sensuijima and Bentenjima. On fine days, you can see far across the Seto Inland Sea to the rolling hills of Shikoku in the distance.

The temple itself is not very big so you can explore it quite quickly - it was founded by Shingon Buddhism founder Kobo Daishi during the Heian era as Buddhism spread across Japan. The large bell tower that faces the bay is an original structure built in 1642, while the main building was rebuilt in 1685. If you are there in spring, there is a row of sakura trees just in front of the entrance, so you can sit under the shade of the trees and have sakura petals fall in your hair while you take in the view.

For an even more spectacular view, head through the graveyard to the back of the temple and climb up the stairs through the wooded area to Taishiden, a small platform high up on the hill side marked by a little red tower. The sign claims it that the climb takes just 15 minutes, but perhaps only if you are an avid Stairmaster. I counted 614 steps that wind their way up the slope through a thicket of trees, but you do get a magnificent view from high up that you are unlikely to find elsewhere in this area. I was winded by the time I made it up, but the tranquility and the view was definitely worth all the effort!

Tomonoura is half an hour by bus from Fukuyama JR station - take Bus #5 from outside the train station and stop at Tomonoura or the end station Tomo Port (Tomo Ko).

Jaclynn Seah is The Occasional Traveller, inspiring other working people to remember to take that time off and travel a little more. 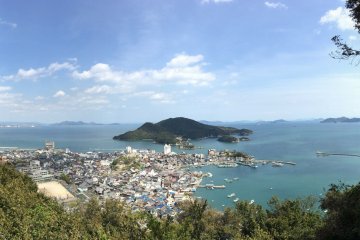 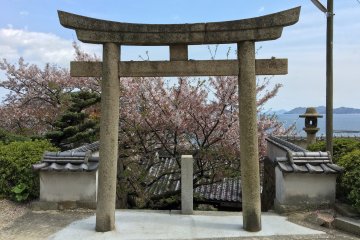 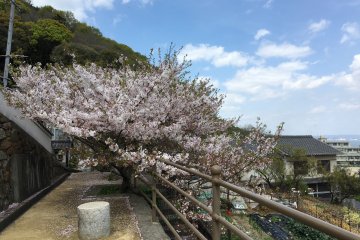 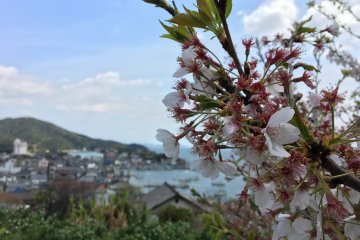 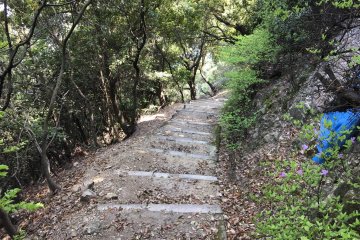 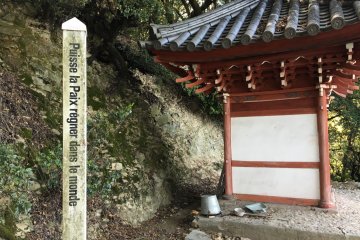