The perfect place to do nothing

Ten minutes from Oshima Island by helicopter, just over two hours by jetfoil or an overnight ferry ride from Takeshiba Pier, Toshima Island is made up of a tiny village of 350 residents at the base of Mt. Miyatsuka. A handful of local shrines like Azusawake no Mikoto Shrine can be found here as well as Minamigayama Park, featured on Tokyo's Top 100 Best Views list, and Toshima Village Museum with its ancient Jomon era and camellia oil industry displays. No buses or taxis and limited accommodation mean that the island is a proper place to relax and do nothing but enjoy the views and the local seafood.

Set up in the late eighteenth century, Azusawake no Mikoto Shrine is the oldest shrine on the island. Moss covered and silent, the shrine comes alive at the end of the year when the island's residents gather around a bonfire at night and sing the jikkuwa fire song to celebrate the new year.

Situated at the south of the island on the slopes of Mt. Miyatsuka, Minamigayama Park's view of the southern islands has earned it a place as one of New Tokyo 100 Best Views. A great spot for a picnic with its open spaces, the park is also known for its star-lit skies during the winter months.

Twelve minutes by car or sixty minutes on foot from Toshima Port.

Detailing the history of the island from the ancient Jomon period to modern times, the Toshima Village Museum features excavated tools and information about the island's camellia oil industry. Among the items on display is an ancient copper mirror, now designated as a Cultural Property of Tokyo.

Five minutes by car or twenty minutes on foot from Toshima Port.

At over five hundred metres, Mt. Miyatsuka is the dominating feature of the island. From its summit can be found views of Mt. Fuji while its slopes are blanketed with trees and camellia plants. The mountain offers some enjoyable hiking trails and, except for wild birds, is free of any animals.

Nine minutes by car or one hour on foot from Toshima Port. 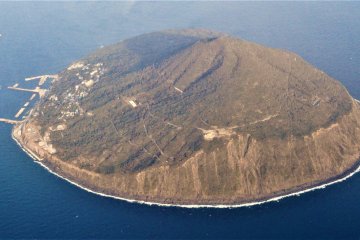 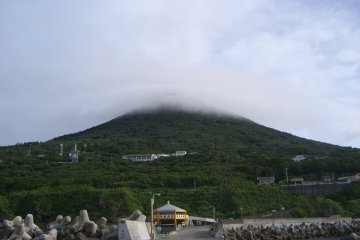