A taste of some of the local foods of Miyazaki

Drawing its inspiration from overseas, chicken nanban first made its appearance in Miyazaki sometime in the late 1950s. This moist and juicy dish has now spread around the nation and sees battered chicken deep-fried, and then dipped in sweet vinegar while still hot, before finally being served with an almighty generous dollop of tartar sauce.

Possibly Japan's premium quality beef brand, Miyazaki beef is celebrated for its cherry red colouring, its gentle texture and a surprisingly concentrated meat flavour. The beef is also bred to feature marbling that appears as it if were snowflakes, allowing the meat to literally melt in the mouth at room temperatures.

Said to have originated in the 12th century with monks pouring their cold soup over warm rice, hiya jiru is now a staple dish during Miyazaki's hot summer months. Made with fish dumplings, roasted miso and ground sesame, hiya jiru will also usually include tofu and a dashi stock prepared with kelp, mackerel and flying fish.

Famously caught off Miyazaki's Nichinan coast, Ise ebi lobsters are spiny lobsters with an incredible fresh taste when eaten raw. The firm texture of their flesh make for great eating and when caught fresh, eating them without any seasoning is more than enough to appreciate just how much of a proper delicacy Ise ebi lobster is. 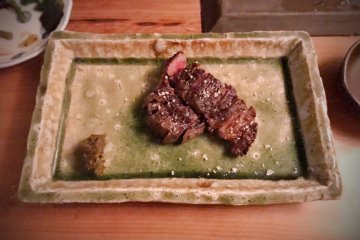 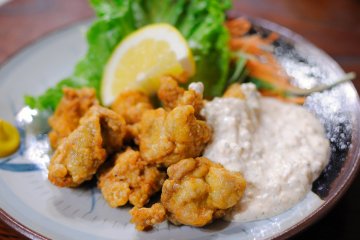 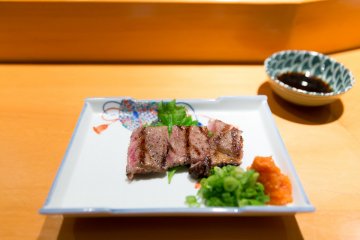 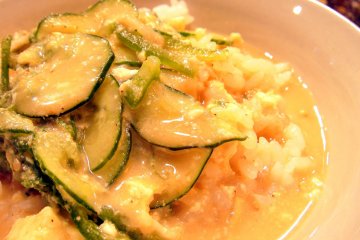 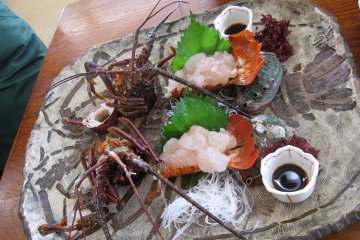