Shikoku is one of the four main islands of Japan, and it comprises of four prefectures – Ehime, Kochi, Kagawa, and Tokushima. The region is revered for having some incredible nature, and is often visited for the 88 temple pilgrimage route. If you're embarking on a different kind of pilgrimage (the train kind!), this guide covers some of the region's unique train stations.

Part of the JR Yosan Line, the unmanned Kushi Station sits right by the water and offers passersby some beautiful views of the Seto Inland Sea. Only a handful of passengers transit through the station each day, and unlike some other waterfront stations it's still quite unknown.

Kochi's Tosa Kitagawa Station is unique in that it sits in the middle of an iron bridge spanning the Ananai River. The mountains surrounding the area are visible from the station platform, so visitors can appreciate a tranquil, calm atmosphere.

Also part of the JR Yosan Line, Shimonada Station is much more well known than Kushi Station mentioned above, but it also provides some fantastic views of the sea. Because of the A+ scenery, photos of the unmanned station have featured in a host of promotional advertising in travel brochures, so you may have seen it before even if you haven't visited!

If you've traveled around Japan, you've likely encountered statues of tanuki – they're also known as racoon dogs, and they're commonly depicted in Japanese folklore. If you visit Awa-Kawaguchi Station in Tokushima, you'll be welcomed by a giant smiling tanuki wearing a stationmaster hat on the building.

A small station which sees less than 20 passengers pass through it daily (as of 2019), the Minoura Station building is made from a repurposed freight car. This station also sits right by the water, which can be seen when taking photos from the opposite side of the building. 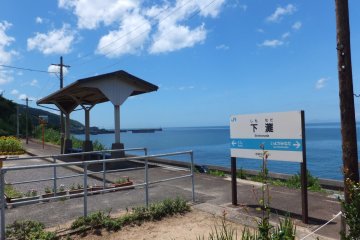 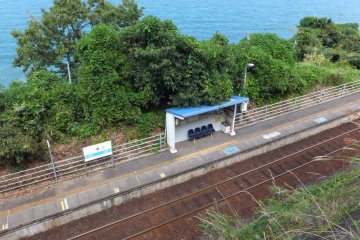 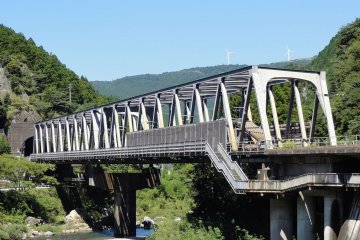 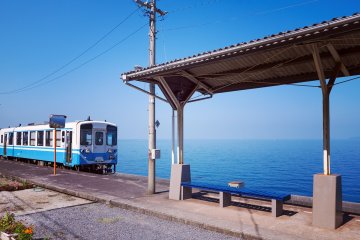 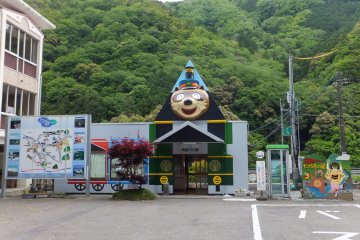 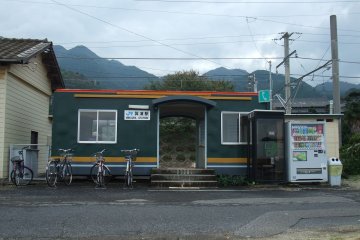