Shimonoseki is a surprise packet of a city (Photo: Kim)

Shimonoseki is the largest city — but not the capital — of Yamaguchi Prefecture, and sits right on the southwestern tip of Honshu. The city has some historical significance as a result of its geographic location, and it's a destination well worth exploring for daring foodies, too. If you'll be passing through in the future, here are five must-visit places in the downtown Shimonoseki area.

There are a large number of fish markets across the country, but the thing that differentiates Karato Market from the rest is their abundance of fugu, or pufferfish. The fascination factor is that the fish can be deadly to consume if it's not prepared correctly due to a neurotoxin it contains. Don't worry though - the preparation of fugu is heavily regulated in Japan, so much so that fugu chefs need multiple years of training before they can serve it to the public. If you're going to try it anywhere, it may as well be in the place dubbed the fugu capital!

There's no way to miss the dominant feature on Shimonoseki's skyline - the Kaikyo Yume Tower. Completed in July of 1996, the tower reaches a height of 153 meters, with an observation deck ten meters below that. The ride to the observation deck takes just over a minute from the ground floor, and once you exit the elevator you're treated to an impressive 360-degree view of the city, the Kanmon Strait, the Kyushu Ranges and two seas - the Sea of Japan and the Seto Inland Sea.

The Kanmon Pedestrian Tunnel provides a fun and unique experience while you're in Shimonoseki - you can actually walk under the Kanmon Strait and cross over from Honshu to Kyushu from here. The distance from one side to the other is close to 800 meters, and there's a point around the halfway mark where you can have one foot set in Honshu, and one foot set in Kyushu - it's a memorable spot for a photo! The tunnel is open to pedestrians from 6 am until 10 pm.

Across from the entrance to the Kanmom Pedestrian Tunnel on the Shimonoseki side, you'll find Mimosusogawa Park. It's hard to miss, as it sits right by the water and has a full repertoire of historical statues and cannons on display. Why, you may ask? The park was the site of the Battle of Dan-no-ura, a major sea battle between the Taira and Minamoto clans during the late-Heian period. Even if you're not a history buff, the park is a scenic spot to simply watch ships come and go throughout the Kanmon Strait.

Akama Shrine is another destination with links to the Battle of Dan-no-ura. The shrine is dedicated to Emperor Antoku, who was killed at six years of age during the conflict in 1185. The shrine is just a few minutes walk away from the Karato Market, so it's easy to visit them both in one morning. 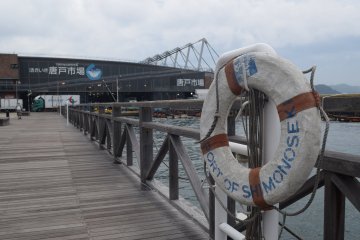 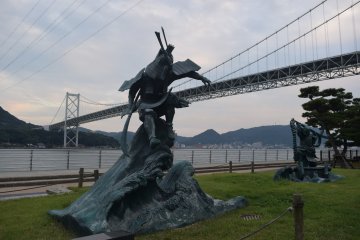 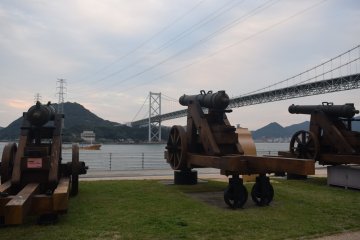 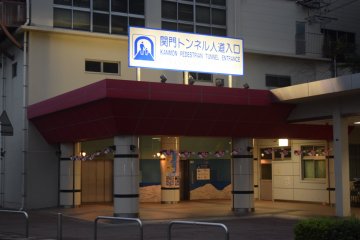 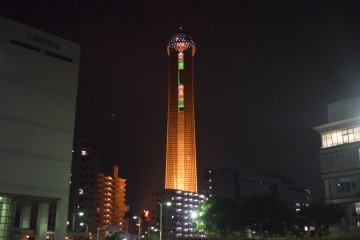 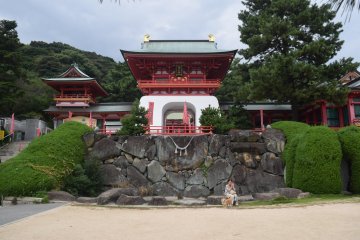 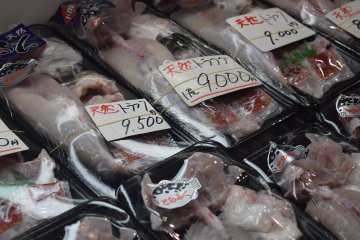