Another Look at Aizu-Wakamatsu

A castle town that was home to Japan's last samurai

In October 2020 I visited Aizu-Wakamatsu in Fukushima Prefecture with my step-son Hiro and vowed to bring my wife back during the next fall season. I managed to make the return trip in October 2021. https://en.jal.japantravel.com/fukushima/rediscover-fukushima-prefecture/65064

Although we went to a few of the same places I had previously visited, there were many new interesting additions.

We took an early morning Shinkansen from Tokyo to Koriyama and then the Ban-Etsusai Line rapid to Aizu-Wakamatsu. After purchasing a one-day bus pass for 600 yen, (around 5 dollars), we checked our luggage into the Wakamatsu Hotel Washington and headed to Tsurgaijo Castle.

I have visited over 25 castles/castle ruins. It was interesting here that the designs were unique to Japan with little outside influence. Castles in Japan were great economic centers even up to 100 years ago. The current capitals of 34 prefectures were once castle towns.

Tsurugajo Castle was again at peak fall colors making for a very picturesque scene. In 1590 Gamo Ujisato became the lord of Aizu. Ujisate a Christian Lord, was a pupil of tea-master Sen-no-Rikyu and is responsible for the preservation of the current day Senke School of Tea Ceremony. During the Meiji era, Aizu was the site for the last battle of samurai in Japan. By taking the self-guided castle tour you can see pictorial displays for many of the battles that took place here.

The castle grounds are not only colorful during the day, but in the evening the lighting of the castle creates a much different perspective.

Also on the castle grounds is the Rinkaku Tea Ceremony Room. This was built 400 years ago for Lord Ujisato and avoided destruction during the 1868 battle, because it was moved to Morikawa land. They kept it there for 120 years and in 1990 it was moved back to its original place at Tsurugajo Castle.

We also made a return visit to Oyakuen Garden, founded in 1344 by Asahi Yasukata, who used the spring water for healing local people from sickness. Oyakuen (or Medicinal) Garden began to grow all types of herbs used for healing including herb tea, which Miwa and I had a chance to taste and brought home several packets.

We boarded the red bus and headed to Sazaedo, a double helix wooden temple with a unique staircase situated on Mt Limori. The walk up to the temple was enough for a whole day of exercise. At the top we visited the monuments dedicated to the last of the samurai and then walked over to the temple. The one-way stairs were designed so that you could not see anyone going in the opposite direction. Climbing to the top is supposed to bring good fortune. It is the only one in the world and is a Designated Cultural Property. After visiting the temple, we headed down to the shrine for a nice scenic camera spot.

Fukushima prefecture is very famous for its soba, so during lunch and dinner we enjoyed hot and cold soba. There is much more to see in Aizu-Wakamatsu and I recommend you plan on an extended stay to experience it all. 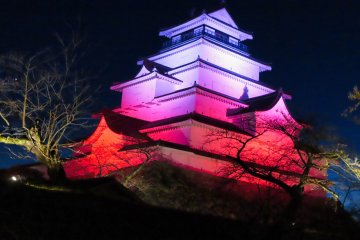 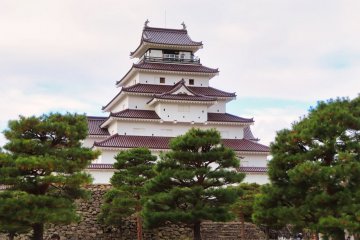 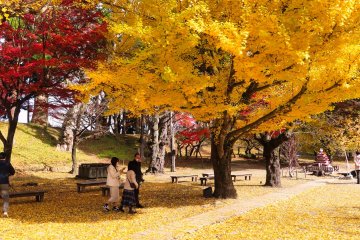 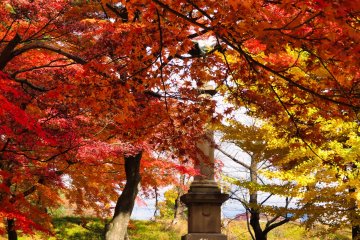 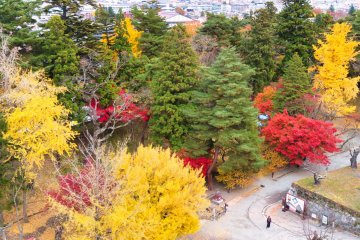 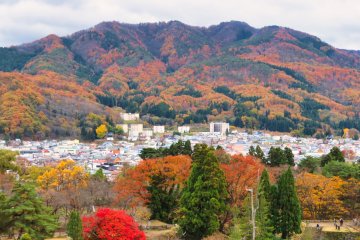 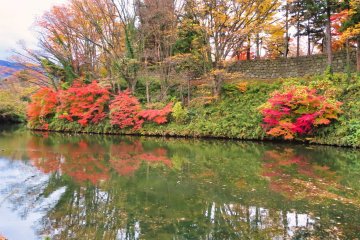 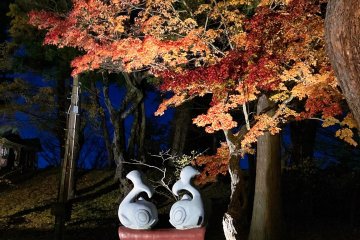 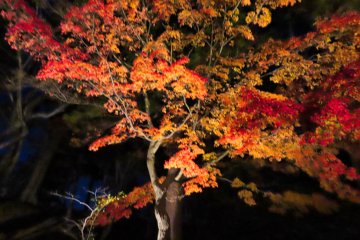 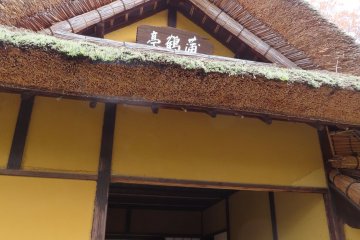 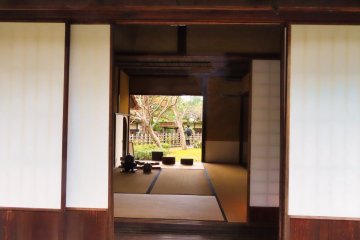 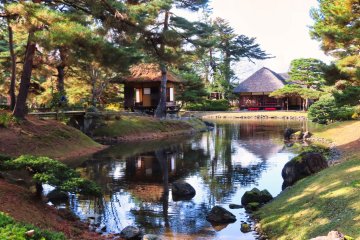 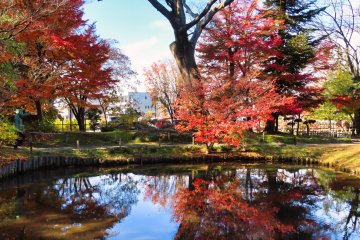 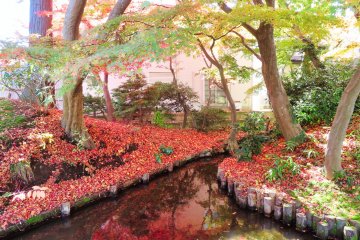 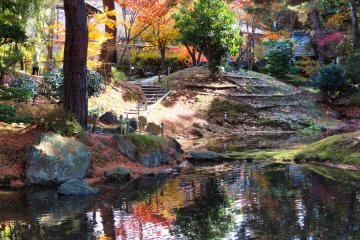 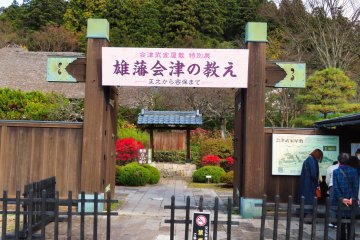 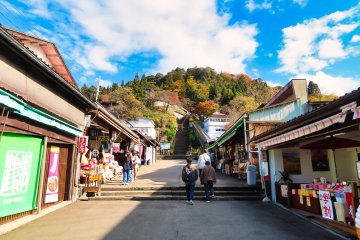 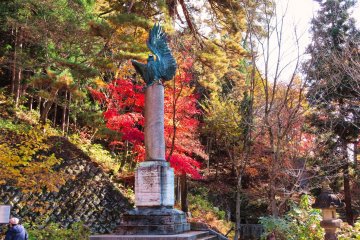 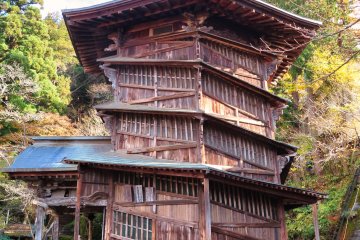 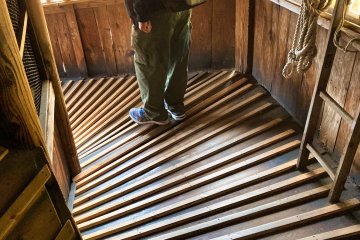 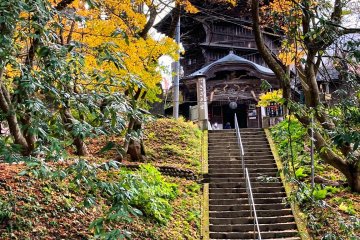 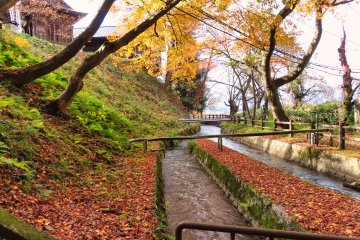 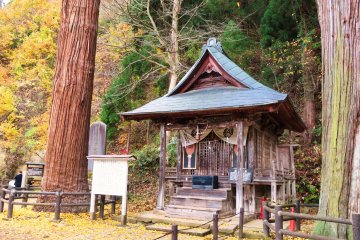 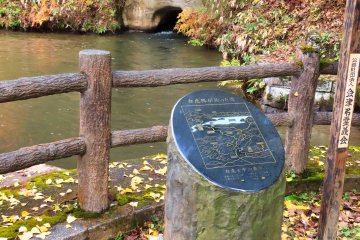 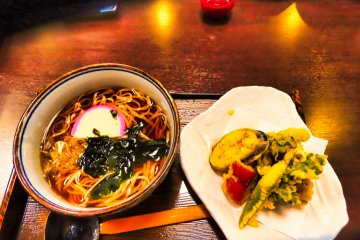 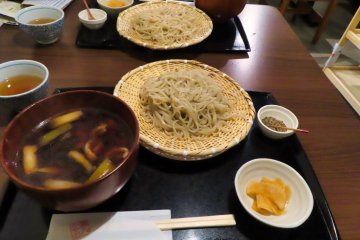