Kokura Castle from across the moat (Photo: Rod Walters)

Kokura Castle is classified as a flatland castle since it sits on very low ground in the middle of Kokura, a district in the city of Kitakyushu. Unlike those magnificent fortresses in the rest of Japan that stand on headlands, or hills, or in the middle of rivers, Kokura Castle sits placidly in a park with a number of taller buildings nearby. It’s a very nice, open park, bordered on one side by a river, the Murasakigawa (which means ‘purple river’, but it’s not purple at all).

The moat of the castle is ringed with trees, and the grounds of the castle itself are filled with pines in an assortment of picturesque shapes, which give off a distinctive scent in the heat of summer. The castle walls also encompass the Kokurajo Teien, a Japanese garden with ponds, hillocks and pathways of stepping-stones and arched bridges, as well as the Yasaka Shrine. There are many entrances to the castle grounds, but the one through the amazing gateway to Yasaka Shrine is the most dramatic. You pass up a ramp towards a top-heavy gate building supporting a huge roof on spindly legs.

Kokura Castle keep is actually a modern replica, built in 1959 of reinforced concrete. The original castle was destroyed in various 19th century warfare. In fact the current keep is not even an accurate model of the original, but it looks good enough anyway. The castle was home to the famous samurai swordsman, Miyamoto Musashi, author of The Book of Five Rings and founder of the school of swordsmanship using two swords. A stone monument to him stands on the site where he was supposed to have lived until his death in 1633.

You can enter the castle for 350 yen. When I went in July, it was nicely air-conditioned. Inside, there are a number of entertaining dioramas showing the history of the castle and the area. There are also two very large, impressive paintings of tigers. You’re not supposed to photograph them, but I did.

Perhaps the best part of the castle though is the view from the top. On one side is the very modern, very colorful Riverwalk Kitakyushu building. It looks good from the castle. On the other sides are wide open vistas over Kitakyushu to the low mountains beyond. The shrine and other buildings within the walls also present a fine spectacle from above.

I happened to be there on the last day of the Kokura Gion Festival when the castle grounds were full of drumming revelers, and yet the castle itself seemed a soothing, placid oasis.

Find out more about Kokura Castle. 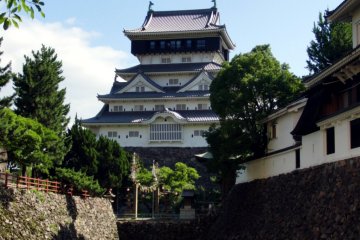 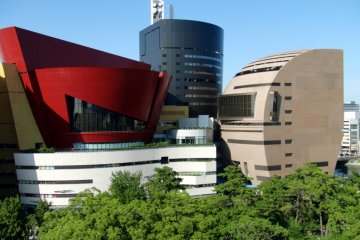 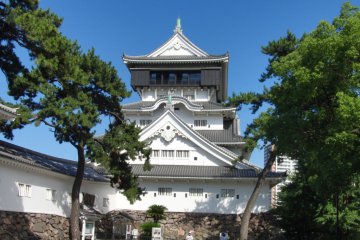 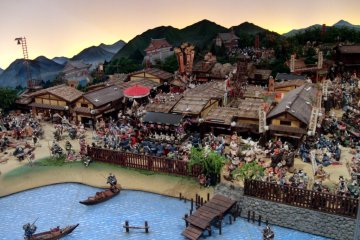 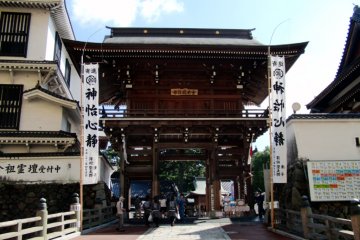