Along the walkway leading towards the entrance gate of Eiheiji Temple, the statue of Goddess of Mercy stands silently in a green forest (Photo: Takako Sakamoto)

Along the walkway leading towards the entrance gate of Eiheiji Temple, the statue of Goddess of Mercy stands silently in a green forest (Photo: Takako Sakamoto)
Takako Sakamoto   Aug 01, 2014 - 3 min read

Eiheiji Temple, literally, the 'Temple of Eternal Peace', is one of the most famed tourist attractions in Fukui. Even if you don't know where Fukui prefecture is located, you may have heard the name of this temple sometime in your life (embarrassingly, I was a good example of this!). The reason for its fame derives from the fact that this is not just a regular Zen temple, but one of the two head temples of Sōtō Zen Buddhism (the other one is Sōji-ji Temple in Yokohama, Kanagawa) as well as the main training monastery.

In Eiheiji Temple, around two to three hundred trainee monks reside on a small tatami mat each, using it to sleep, sit, read, meditate, for a period of two months to two years. I had an opportunity to speak with some trainee monks when I visited, and the one said, "I've been here for about three months", while the other said, "I've been training here for four months". They are all polite, well-disciplined (and barefooted!), hardworking youngsters trying hard to gain enlightenment everyday.

Eiheiji Temple was founded in 1244 by a monk named Dogen Zenji, who founded the Sōtō school of Zen in Japan after traveling to China and being trained there for four years. His ashes are still resting in one of the main buildings of the temple, 'Jōyōden (Founder's Hall)', which is considered as a holy place of Sōtō Zen Buddhism in Japan and together with Dogen himself, is venerated and worshiped by many followers.

The temple is located deep in a forest in a rural part of Fukui, and the temple grounds cover 330,000 ㎡ (0.13 sq miles), which is equivalent to the size of about 25 Tokyo Domes! Once you step inside the temple grounds, you'll feel as though the spirits of the green forest, or Zen, wrap around you and whisper to you. Just being there in the forest soothes your body and soul.

Zazen sessions or training are available to the public (prior reservation needed). Also, if you are impressed by its beauty and would like to somehow be a part of this beautiful temple, you can donate 1,000 yen for the repair of the roof tiles of the temple buildings. Or better, with 2,000 yen, you can write a sutra on designated pieces of papers which will then be stored in a graceful two-storied Pagoda standing in a silent forest, and your writing will live with the temple forever! (I did both, to be a part of this beautiful temple!) For details, please refer to the complete guide I wrote about Eiheiji Temple at the following links below. Also, you can find other photos of the temple here.

To get there, taking an express bus is the best way if you are not driving a car. The Keifuku Express Bus (Eiheiji Liner) departs every hour from JR Fukui Station East Exit Bus Stop (720 yen/adult) and it takes about 30 minutes to reach Eiheiji Temple. Pay parking lots are available around the temple for car drivers. The entrance fee (to the temple buildings) is 500 yen/adult. If you ever come to Fukui, don't miss your chance to cleanse your soul at Eiheiji Temple!

Find out more about Eiheiji Temple. 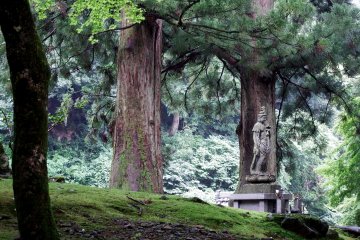 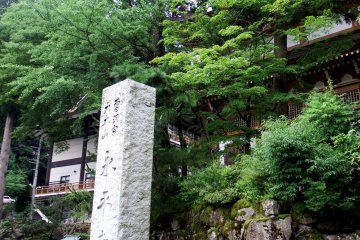 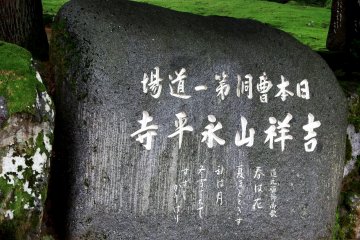 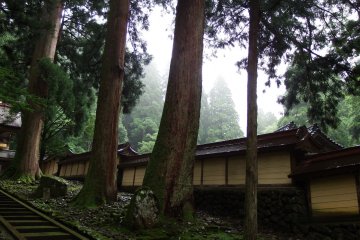 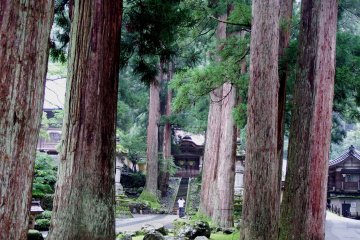 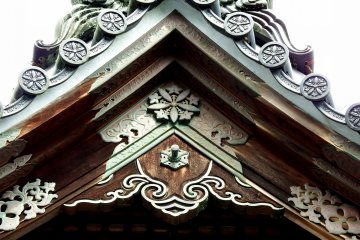 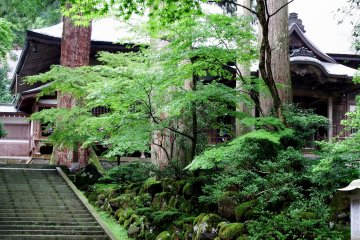 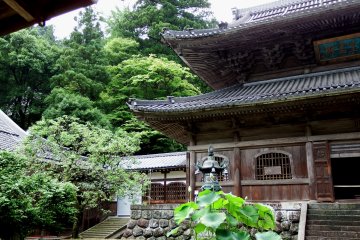 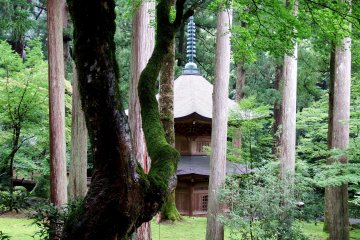 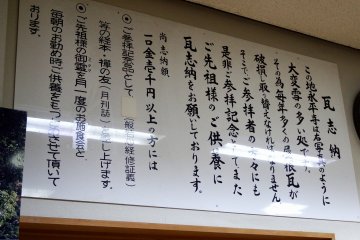 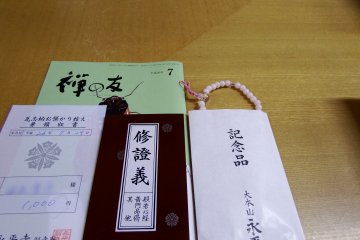 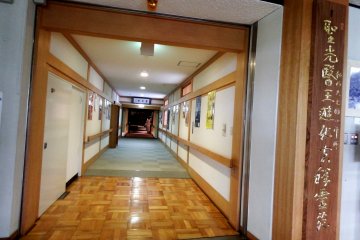