There are 320 steps leading up the steep mountainside to the 650 year old Jakkoin, a small but picturesque temple atop a mountain on the outskirts of Inuyama City. I know there are 320 steps, because I read the pamphlet. I tried counting on the way up, but was somewhat distracted by She Who Must Be Obeyed asking for a rest break every few hundred meters. That and this rather niggling pain in my thighs from pressing on up the steep steps. You see, these important 320 steps interspersed by seven places of worship to enable one to be come a better person, begin half way up the mountain, and for most, the journey begins at the foot of the mountain. Don’t ask how many steps there are from there, you don’t want to know!

Indeed, the path to the top is difficult, but the temple’s visitors include a large number of elderly, and by elderly, some were in their 80’s and still trying their best to climb the steps. Half way up, there is a six person capacity monorail for a nominal 200 Yen fee. The monorail moved so slowly, it was almost faster to walk!

Along the steep and arduous path up the side of the mountain are small Jizo statues, protectors of travelers and children, great stone lanterns and Buddhist icons of the seven Gods of Fortune.

If the steps don’t take your breath away, the view from the top will. Jikkoin is a simple but elegant temple. It’s quite small compared to many you’d see in Kyoto or other major tourist areas, and consists of two halls, joined by a short arched bridge. Jakkoin is famous for it’s autumn leaves and spring flowers. It’s a popular destination despite being slightly off the tourist path, and unlike many popular temples, this one does not look to bleed the tourist in any way. There are no shops or stalls. A small selection of souvenirs and charms are available, but no one to sell them. Visitors just drop their money in the tin.

The main hall is continually approached by those offering prayers to it’s Thousand Hand Kannon figure of the Goddess of Mercy,  and vying to view the ceiling which has been carefully painted with varying themes.

The lookout area was a favorite spot of the local Lord, Oda Nobunaga, the first of the Three Unifiers of Japan, and still a revered hero to this day! Nobunaga is said to have visited often as the lookout area provided a fine view of his nearby Inuyama Castle, as well as the castles of Gifu, Komaki and Nagoya in the distance, along with the Nobi plain, and the flat lands of neighboring Gifu Prefecture too.  That and the peace and quite the temple provides.

The peace you hear in between the clicking of cameras, the oohs and Aaahs of your fellow visitors, and the striking of the great temple bell. It’s said that if you pray for your dream while striking the bell, your wish will come true!

On the way down, I tried counting the steps once again to make sure there really were 320 steps, but was distracted by She Who Must Be Obeyed raving and reminiscing about the beauty and tranquility that we’d just experienced at Jakkoin. 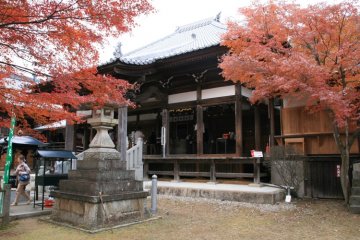 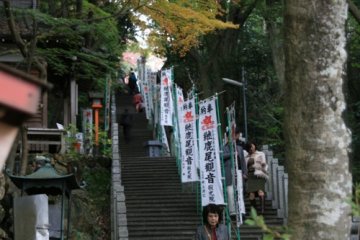 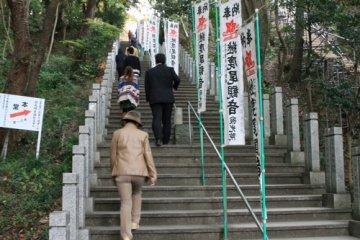 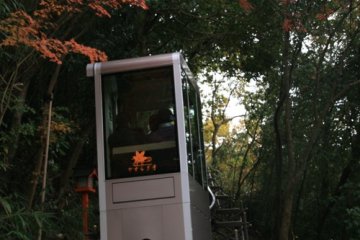 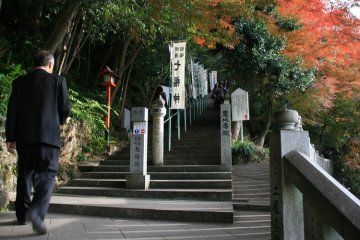 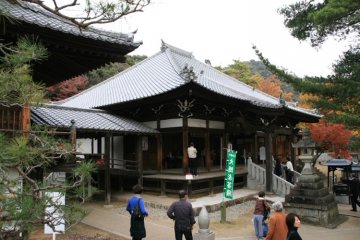 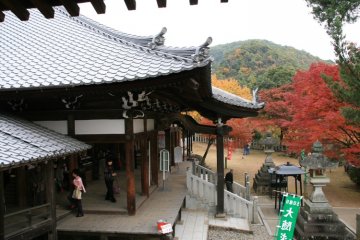 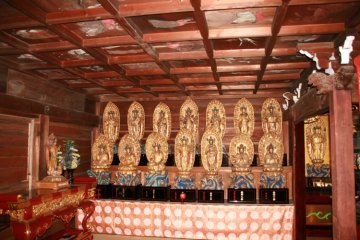 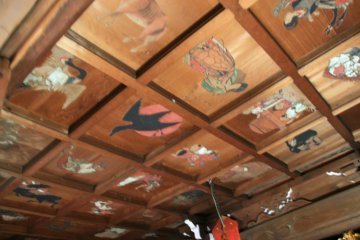 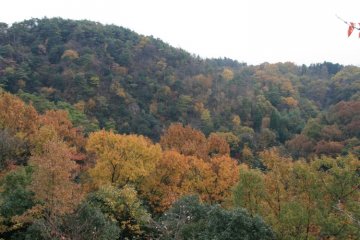 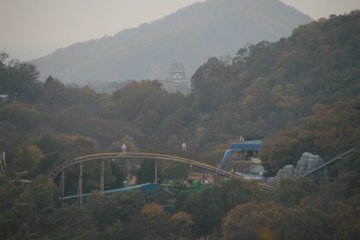 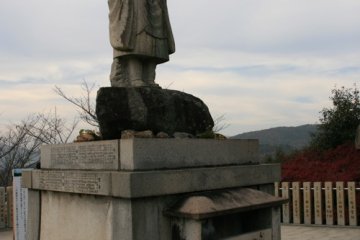