Baskin Robbins is a well-known ice cream chain that originated from the USA and has a presence in almost 50 countries worldwide. Most countries refer to the chain as Baskin Robbins or BR for short, but in Japan it is more commonly known as 31 (Thirty-one). Why 31 you would ask. The number is part of the company's logo, which stands for 31 days in a month, whereby you can have a different flavor every day for the month. As to why it is known as Thirty-one and not BR in Japan, it is still anyone's guess.

The ice cream scoops are in three different sizes: kids, regular, and king. Regular is 1.6 times the kids size, and king is 25% more than the regular one. You can choose between single, double, or triple scoops. It is served in a cup or cone, or you can upgrade to a waffle cone. Offering more than just scoops of ice cream, there is a huge assortment of ice cream cakes, ice cream floats and shakes, ice cream crepes, and even ice cream pizza!

Not only the wide variety of flavors amaze me, but also the flavors on offer. Apart from the standard flavors, every month there would be a new flavor of the month. Furthermore, there would be fun and exciting seasonal flavors which can be as many as ten at a time. For Halloween, they had ice cream with names like neon monster, cotton candy party, pumpkin pie, and magical mint night. Not surprisingly, these flavors had scary looking colors! Despite Halloween being over, a few of these creepy flavors still remain and would be available till at least the end of November.

The best part about Thirty-one is that they offer a 31% discount on every 31st of the month! There are seven in the year (January, March, May, July, August, October, December) and also on the 1st of March, you get a 31% discount for a double cone or double cup. Download their application on your mobile phone, and you get a free regular single scoop ice cream on your birthday.

I still clearly remember the day I first landed in Japan, and since then it has been my goal to set foot in all 47 prefectures. I try to look for less touristy areas, preferring the countryside to the city. I'm always amazed by the many Haagen Dazs and ice cream flavors available only in Japan. 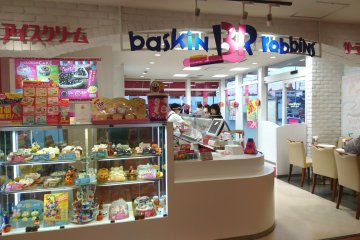 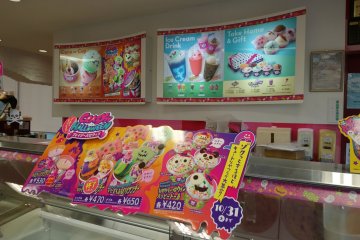 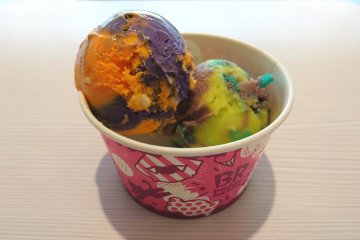 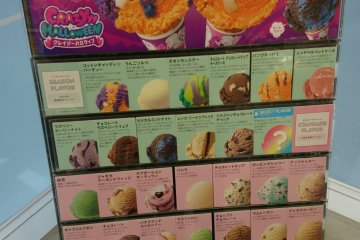 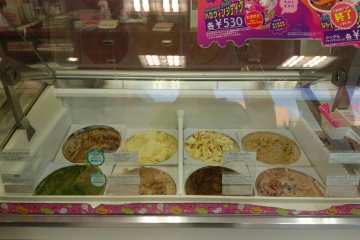 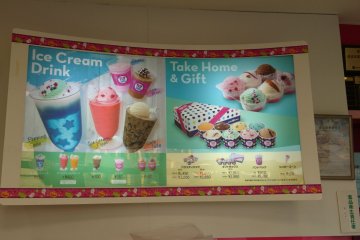 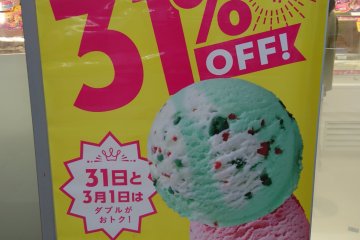